The story you tell yourself

Early on in my marriage, my partner and I would occasionally get the train home from work together. I was nursing and he was based in an office.

Before I left work I would run to the bathroom and sort out my hair, pop on some deodorant and replenish my lipstick. I would find him on the train – hair all over the place, a slightly sweaty demeanor and with a small need of some deodorant.

As this scene repeated itself over a couple of weeks, I started to write the story in my head.

“He doesn’t care about me. He isn’t bothered about how he looks anymore. He is letting himself go. He is happy to become unattractive now there’s a ring on my finger. Give it 10 years and he’ll be like a sweaty walrus. But we’re committed until death do us part!”

All my fears about commitment – right there. 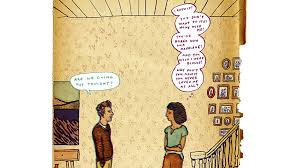 Eventually (I’m a wind personality type) so ‘eventually’ means about the second journey in), I brought it up. He explained that it was such hard work to manage to catch the train in time to meet me that he had to whistle through his work at the rate of knots, so he didn’t miss it. He wanted me to feel valued by catching the train but this meant that he had to bypass the luxury of going to the loo and arranging his hair. Staying attractive to me was important to him.

Brene Brown (no blog would be complete without including Brene in it somewhere) explains that our brains are hard-wired for stories. In her Netflix progam she describes a situation whereby she and her partner translate one situation in very different ways. Only by becoming vulnerable and talking it out loud to each other, were they able to unpick how different their versions of the same event were, and therefore find resolution.

Derren Brown (no relation) in his book ‘Happy”says this: “We are, each of us, a product of the stories we tell ourselves. … neat narratives that allow us to arrange complicated reality into a satisfying and tidy parcel, and move on with our lives”. 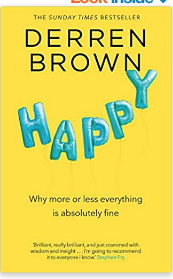 “We tell ourselves tales about the future: ‘oh I’m an awkward misfit who looks terrible and always will’. Or ‘I’ll never have a fulfilling relationship’. Other stories are about the past: ‘I’m like this because my parents treated me in a particular way’. Or ‘I’m an unlucky person – always have been.’ Yet our entire past, which we feel (in many ways correctly) is responsible for how we behave today, is itself just a story we tell ourselves in the here and now… We tell the story we want to tell, and we live out those stories everyday.”

Over the Summer I read the most amazing book  ‘Three Women’ by Lisa Taddeo The book follows the lives of three real women, in intimate detail over many years. It is clear, as the detail of each life unfolds, how much their choices in terms of who, and how they desire, has been so influenced by the stories they hold about themselves, often as a result of the messages they received in their childhood. It makes for painful reading, in places, as you see the effects of those stories compounded in the direction they then choose to go in.

For a deeper, more spiritual take on this subject, there’s the Zach Bush  interview on the Rich Roll podcast talking about ‘Transcending your story’.

Starting at 41.10 Zach describes a patient of his who has overcome some horrific trauma in her childhood. He says that ‘her story was her biggest problem. It was keeping her in a box.’ He believes for all of us that ‘the cubicle you’re really living in, is your story.’

He goes on to say “isn’t it ridiculous, that your partner in life, who knows you better than anyone else, can’t really see you because you won’t let them. We are acting out of fear. We are afraid to let down those four cubicle walls because we are afraid there is nothing inside… or that what they might discover, is actually unlovable.”

“The identity of resilience is the most destructive self-identity that someone can have. If you tell yourself the storyline ‘I am resilient’, then what will you need to prove your identity? The answer is – pain, suffering, difficulty, and trauma – so that you can be resilient again. You will keep creating this if your identity, your story is resilience.”

“Likewise, if your identity, your story is that of a ‘fixer’. You will always need broken stuff in your life. If nothing is broken you will feel useless.”

“Often identity can be broken down, or described by, one word. To transcend this construct, you’ll need to change the word. It’s the hardest thing, but it’s this: ‘are you willing to let go of everything you think you are? To actually become nothing for a moment.”

Derran Brown says “The good news is that we can give ourselves permission to change our story. To act differently. To give yourself permission to act out of character.”

And, to end, Zach Bush pleads with us to “Let go of your story. You just don’t need it.”

Discussion/Reflection for you and your partner

What do you think is the one word you would use to describe your own story or identity?

Can you pinpoint where this came from?

If you were to choose another word for your story, your identity, what would that be?

What do you think is the one word you would use to describe your relationship story, or identity? In other words, what word would best describe you as a couple together?

Can you pinpoint where this may have come from?

How does the story that you tell yourself (about yourselves as a couple) affect your relationship (and ask the same for your partner)?

If you could choose any word at all, for your shared story, what would that be?

These questions are a big deal. Things may not change overnight, but it starts with giving yourself/selves permission to change, and then walking forward with that new story together.

After giving up a senior nursing role spanning 14 years, and moving to Devon, Susannah is now the director of a holiday business; a founder and trustee of The Pickwell Foundation, a partner to Steve and a mum to two teenagers.